Foods that stain your fingers ...

For this post I decided it might be nice to do a double up of recipes containing foods with a mutual characteristic. Maybe it’s a defence mechanism but this specific one can be slightly off putting for some. However, you will soon forget about your discoloured digits after eating these delicious dishes.
Cherry sorbert 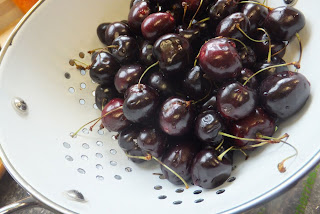 As you drive around the city, various stalls have popped up selling cherries, plums, apricots, nectarines and other juicy delights marking summer. This time of year means special one off dishes that are difficult to come by during the winter months. Perhaps the much colder weather makes us appreciate these fruits more; I say this as I try to hide my enthusiasm for them. I actually picked these cherries up from the Christchurch Farmers market. They are older, and as a result a bit of a bargain, but they still produce a fine sorbet.
Cherry sorbet
4 cups cherries, pitted
½ cup white sugar
1 tablespoon kirsh (you can add more to suit your taste, but this amount produced a deliciously sweet flavour rather than, in my opinion, an over powering alcoholic taste)
Process all together and put into a freezable 1 litre container.
Stir every few hours. 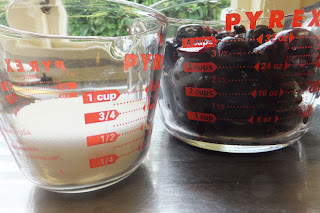 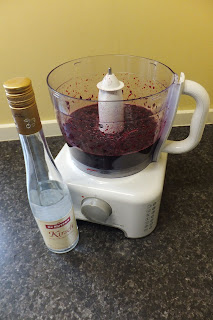 I must say this resulted in an amazing sorbet so it comes highly, highly recommended. I tried a black forest sorbet by mixing in some bits of dark chocolate but really the flavour spoke for itself without it. 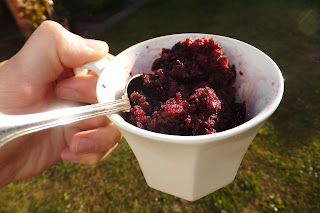 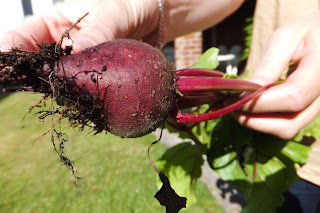 I have recently started a bit of gardening, which for those that know me really well will probably come as a surprise. I planted rocket, strawberries, beetroot, rhubarb, lettuce and some herbs. The beetroots have easily increased in size; they were purchased already half grown from the supermarket (I’m still claiming it!). So here I am proud to present my own beetroot and rocket straight from the garden. This recipe has been adapted from Annabel Langbein’s book The Free Range Cook. 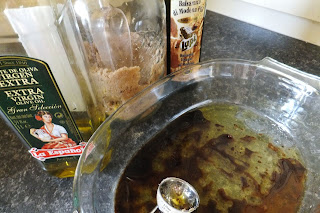 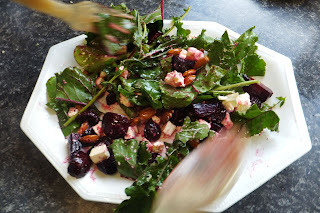 Roast for 40 minutes until just starting to shrivel. Allow to cool in the roasting tray. While the beetroot is cooking, roast the almonds in the oven for around 20 minutes stirring every now and again.
Evenly coat the rocket and beetroot leaves with lemon juice and second measure of oil. Toss together with the beetroot, almonds and feta.
This is a simple and tasty side dish that incorporates the whole beetroot plant- how resourceful. And it still tastes good.
Posted by Ginger. Love. Care. at 21:04 2 comments: 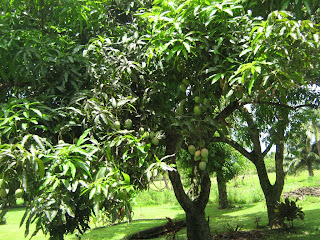 What a warm and relaxing way to begin 2012. My holiday consisted of the usual tourist undertakings like staying at a resort and sightseeing tours. Therefore I cannot claim I saw the real Rarotonga. However an island with a 32km circumference cannot hide much. 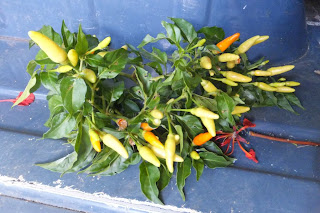 Riding along the main road on scooters, there are a number of stalls with fruit produced on local families’ plantations. Also apparent are the many trees with fruit ready to be picked as you glide past. 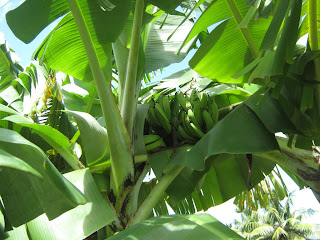 My favourite find were the bags of passionfruit for around $NZ3. You would probably find them in a New Zealand supermarket for that price each.  This abundance resulted in a number of homemade fruit salads. 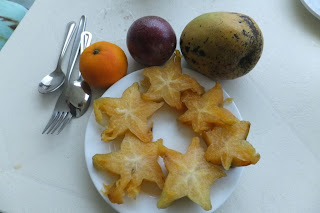 What appeals to me about Rarotonga is that there is no pretence and it is just simple. A lot of the food served to you is local; with tell tale signs like green tomatoes. If you want to sample local flavours I would suggest the Salsa antipasto platter from Cafe Salsa, which includes smoked octopus, tomato with rukau (cooked taro leaves) and homemade chicken liver pate. 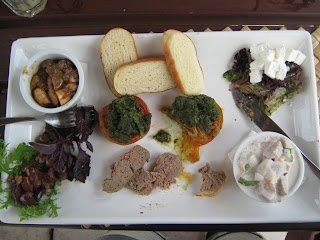 Another restaurant favourite was Sails at Muri beach. With a more European feel to the menu, the food is easy and delicious. I would highly recommend the Prawn Waldof salad. I cannot help  mentioning the amazing setting overlooking Muri lagoon. There’s no better way to start and /or finish a lunch than with a dip in the crystal clear waters. 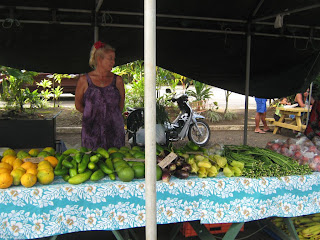 A must see for any foodie is the Punanga Nui Market on Saturday mornings. This heaving market has countless stalls with traditional foods to try. From fruit and vegetables to coconut ice cream to Raro burgers.
The thing to remember in Rarotonga is everyone is on ‘island time’- so it’s best to slowly make your way around the island and the food it has to offer. There’s no rush.
Posted by Ginger. Love. Care. at 00:27 3 comments:

I was lucky enough to receive a beautiful, large Canter Valley Turkey from work as a Christmas gift (score!). Being a self confessed amateur cook and having never prepared a roast turkey before, this was a whole new learning curve. In fact I even roasted the thing the wrong way round. But you learn from your mistakes and it still tasted fantastic! This recipe has been adapted from The Cooking Book (a highly useful addition to anyone’s cookbook library).
Roast Turkey with Cranberry Pistachio Stuffing
Serves 8-10 (the turkey weighed about 4.7kg)
Turkey
15g butter, melted
4 streaky bacon rashers
For the stuffing:
45g butter
1 onion, finely chopped
125g breadcrumbs
2 tablespoons dried parsley
115g fresh or frozen cranberries, chopped
60g pistachio nuts, chopped
Freshly ground salt and pepper
2 egg whites
2 tablespoons milk (enough to make a firm mixture)

For the stuffing, melt the butter in a large saucepan; add the onion and fry, stirring occasionally, until soft.
Remove from heat; add the breadcrumbs, parsley, cranberries and pistachios. Season to taste with salt and pepper.

Leave to cool; then add the eggs whites and milk.
Preheat the oven to 180°C. Stuff the turkey with enough stuffing to fill the cavity, reserve the rest (around 8 tablespoons). Weigh the turkey and base the cooking time on the turkey bag instructions. In this case, three hours total cooking time.
Place the turkey in a roasting pan, brush the melted butter over the skin and sprinkle with freshly ground salt and pepper. Cover loosely with foil. Roast for calculated time or until turkey juices run clear when pierced through the thickest part. Baste occasionally and remove foil for the last half an hour to brown the skin.
Divide the remaining stuffing into 8 and roll into balls. Cut the bacon rashers in half and roll a piece around each stuffing ball. Place in a lightly oiled baking tray.
When turkey is cooked, remove from oven, cover with foil and let it stand for 20minutes. In the meantime, increase the oven temperature to 200°C and cook the stuffing balls for 15-20 minutes, or until golden brown.

Serve turkey with stuffing balls and any other accompaniments. We had some roast potatoes and a simple green salad. Yum!
Posted by Ginger. Love. Care. at 16:13 No comments:

Email ThisBlogThis!Share to TwitterShare to FacebookShare to Pinterest
Labels: cranberries, pistachio nuts, Turkey
Newer Posts Older Posts Home
Subscribe to: Posts (Atom)
Ginger- for spice
Love- for food
Care- for yourself and others

Ginger. Love. Care.
My name is Gina (initials GLC). I need a creative outlet and to share with others my love of healthy, delicious, simple food. If you have any thoughts or suggestions, please share.